English usage is important to learn if you want to be a great gamer.

English has become the international gaming language, and if you want to communicate with other gamers from around the world, you need to know how to use English correctly in gaming.

Anyways, You can hire the the most professional top rated english instructors online from AmazingTalker (Who Help you to choose the professional online language instructors)

In this blog post, we will go over the top 10 words and phrases that every gamer should know!

The feeling you get when your achievement has been unlocked is incredible!

Achievement Unlocked shows off how gamers can feel proud of their accomplishments and what they’ve accomplished.

This could be anything from clearing up a mission or achieving 100% completion in one game, but it’s usually some sort of unusual task which sets them apart from other players who didn’t take the time to do so as well- like getting all gold Mario shells for instance (that was my first).

Before a game is released to the public, it goes through a testing stage called beta.

This is where gamers can try out the game and report any bugs or glitches to the developers so they can be fixed before release.

It’s also a good way for developers to get feedback from players on how they think the game is shaping up. 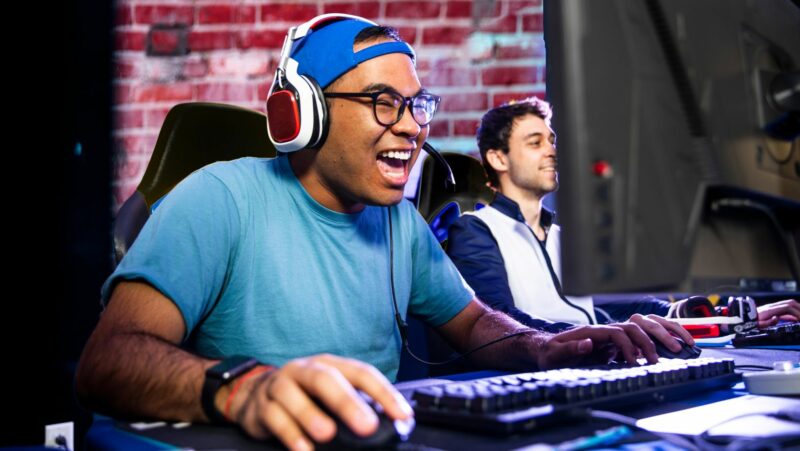 A “casual” gamer is someone who doesn’t play video games often or very seriously.

They might just pick up a controller whenever they’re bored or play social games with friends online like Words With Friends.

Short for “cooperative play,” co-op games are ones where players have to work together to complete the game’s objectives.

This could be anything from fighting zombies in Left For Dead to building a city in SimCity.

A “noob” is new to the game and doesn’t know how to play very well.

They might make a lot of mistakes or die a lot.

This term is usually used in a derogatory way, but it can also be used affectionately towards friends who are just starting out.

A “camper” is a type of player who hides in one spot and waits for other players to come to them.

They might set up traps or ambushes and can be very frustrating to deal with.

These are games where the player sees through the eyes of their character, and they use guns to shoot enemies.

Examples of popular FPS games are Halo, Call of Duty, and Counter-Strike.

PvP stands for “player versus player.”

This is when players compete against each other instead of working together. PvP can be competitive or just for fun.

These are games where there are a lot of players all playing in the same world at the same time.

Some popular MMOs are World of Warcraft, Eve Online, and Star Wars: The Old Republic.

In games, a checkpoint is a place where the player can save their progress.

This way, if they die or lose, they don’t have to start all the way back from the beginning.

Checkpoints are usually placed at strategic points in the game, like before a boss battle or after completing a difficult puzzle. 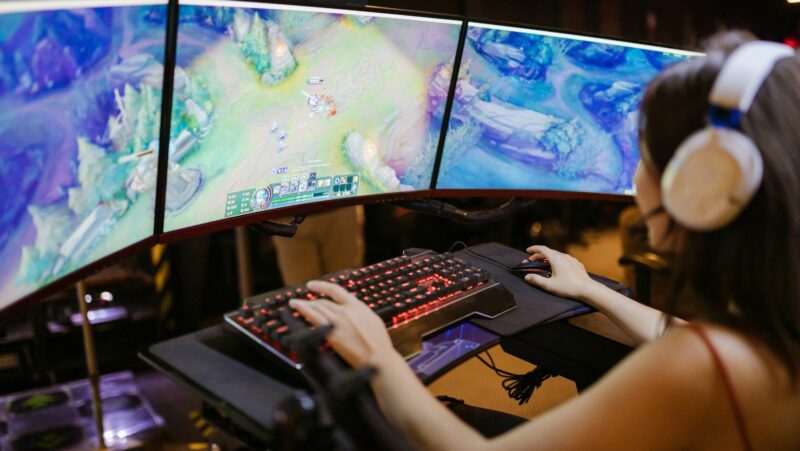 “Farming” is when a player repeatedly does the same thing over and over again to get rewards.

This could be killing the same type of enemy to get money or completing the same quest multiple times to get experience points.

Some people do this to “grind,” which means they’re trying to level up their character as quickly as possible.

A “boss” is a powerful enemy that the player has to defeat in order to progress in the game.

Bosses are usually much harder than regular enemies, and they often have unique abilities or attacks.

Defeating a boss is usually a very rewarding experience, and it can give the player access to new areas, items, or powers.

Now that you know some of the most important gamer words and phrases put them to use and up your English usage game today!